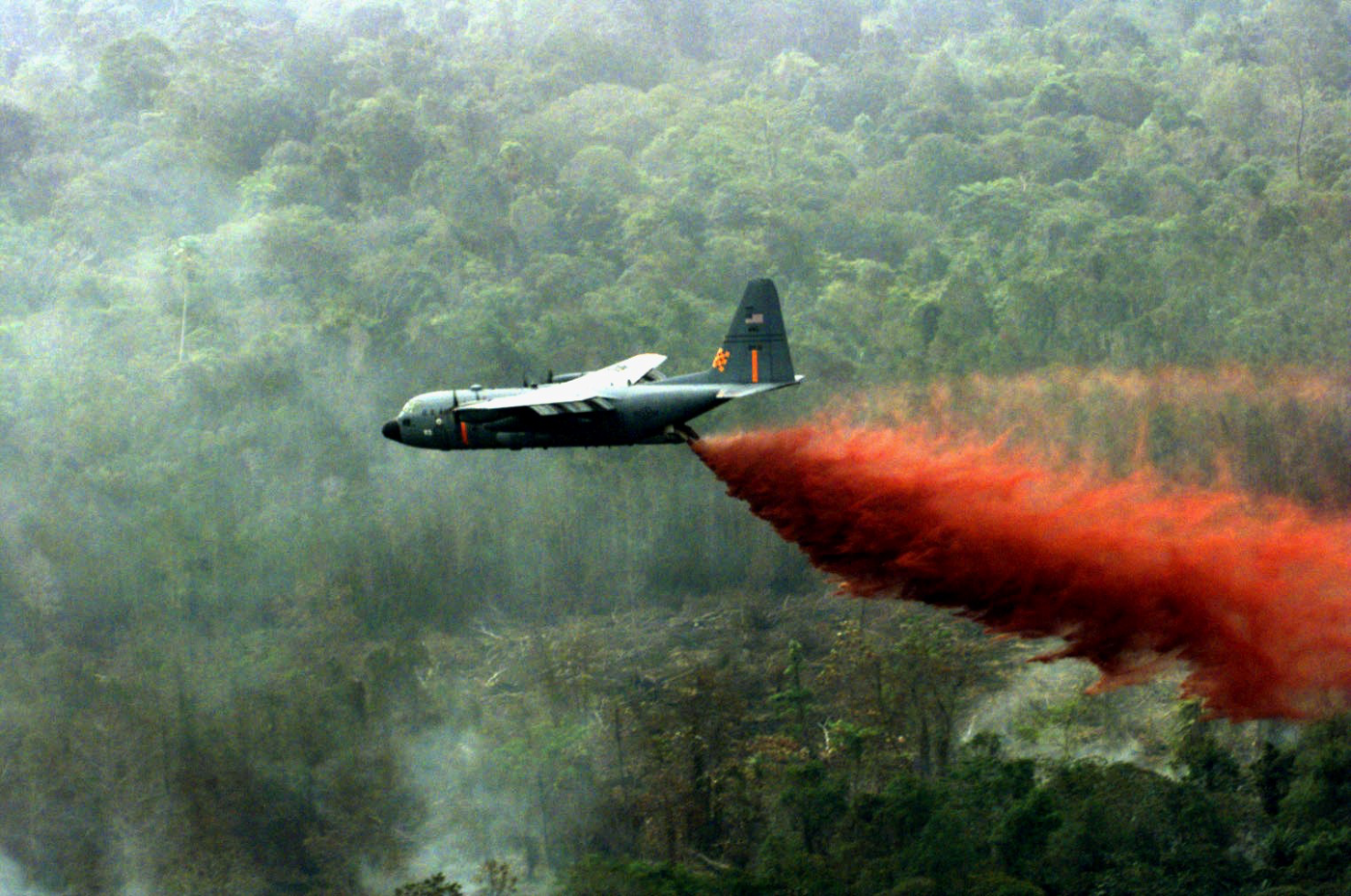 If you’re familiar with the Vietnam War, you may have heard of the US chemical solution known as Agent Orange. While the name is well known, the lasting effects throughout Vietnam are less so. Many assume that the violence of the war is long over — however, the reality is that a military campaign which technically ended almost 50 years ago is still taking lives to this day.

Agent Orange was one of many herbicides used by the U.S. army between 1961 and 1971 during the invasion of Vietnam. While the military produced a whole range of “rainbow herbicides”, Agent Orange was the most widely used, and its lasting effects are still being felt to this day by millions.

The chemical ingredient of the herbicide, dioxin, is linked to cancers such as leukemia and lymphoma as well as causing psychological and neurological problems. The chemical compound also affects genes and hormones, causing birth defects in the descendants of those affected by the chemical.

In South Vietnam alone, US forces sprayed over 25 million acres (39,000 square miles) with over 20 million gallons of the substance in an effort to clear the dense jungle and make it easier for the US military to fight the Viet Cong and North Vietnamese armies by clearing the natural cover and destroying food crops and fertile soil.

An estimated 12% of the entire nation of Vietnam was sprayed with chemicals in up to 13 times the recommended concentration. Some areas have toxified soil with concentrations of the chemical hundreds of times higher than the maximum safe limit by US EPA standards, leaving 20% of the forest contaminated all these years later.

The damage was so great that the UN created new international laws prohibiting defoliation and environmental damage as a war tactic through the Convention of Environmental Modification resolution a few years after the war had ended.

However, while the actions of the US army have since been legislated against by the UN in an effort to prevent history repeating itself, the effects repeat themselves again and again in the steady stream of new victims being found and treated today.

An estimated 3 million people, just over 3% of the country’s population, still suffer the effects of direct and indirect exposure to Agent Orange in Vietnam, with 1 million of those people being disabled in some way.

The Da Nang Association of Victims of Agent Orange is a charity established to focus on the care and assistance of those affected, and their families, providing much-needed support and resources to the victims of the chemical warfare agent based in Da Nang.

Da Nang is actually the birthplace of Agent Orange, and the effects of what is known as “Orange Pain” are widely felt. While the focus is strongly on alleviating the suffering caused by AO, DAVA also supports and cares for other disabled members of Vietnamese society in general. The charity is a non-profit organization and relies on outside help and funding to make a difference.

Over 100 children and adolescents are hosted in the DAVA centres that provide educational and vocational programs to teach the children skills and improve their quality of life. As well as recreational activities like singing and dancing, the children are taught to read and write, dress and wash themselves.

They can even learn skills that will allow them to support themselves financially if needs be, such as making incense and sewing, both of which are major Vietnamese industries. Learning skills like these will allow them some independence as well as serving the all-important function of integrating them into Vietnamese society.

The center also offers a collection service for children whose families need it. DAVA reports that a number of the children were kept in isolation before the services were available, simply because their carers needed to leave to work and support the family. These children are now collected in a minibus for free and dropped off at the center every day where they can be cared for. Based in Da Nang, Xenia Tech (an Offshore Web & App Development agency) is fully behind this great cause. The offshore tech company has started an initiative to support DAVA. The Xenia team of app and web development specialists will create an entirely new website for DAVA at no cost, improving the online presence of the charity and allowing for better communication between volunteers, site visitors and benefactors.

Xenia will donate between 5–10% of quarterly profits to the charity every quarter, and every member of the Xenia team will be given the opportunity to visit the charity at least twice (during office hours), where they will volunteer and carry out any tasks assigned to them by the staff of the non-profit organization.

Xenia’s CEO and Founder, Will Macfarlane, said: “I’m fortunate enough to be able to call Da Nang home and it’s always been my plan to offer genuine support for local charities. We want to go beyond simply donating a cut of our profits, as important as funding is, by also giving tangible support to DAVA through voluntary work and what we do best — building them a world class website.”

While the effects of Agent Orange are horrendous and ongoing, through groups like DAVA it’s possible to alleviate the suffering caused and make a real contribution to Vietnamese society by giving back and helping those who need it the most. Hope in central vietnam in the wake of last year’s record-breaking typhoon season
Central Vietnam’s Tra Giap Community had even more reason to celebrate over the long reunification and...
Read more →