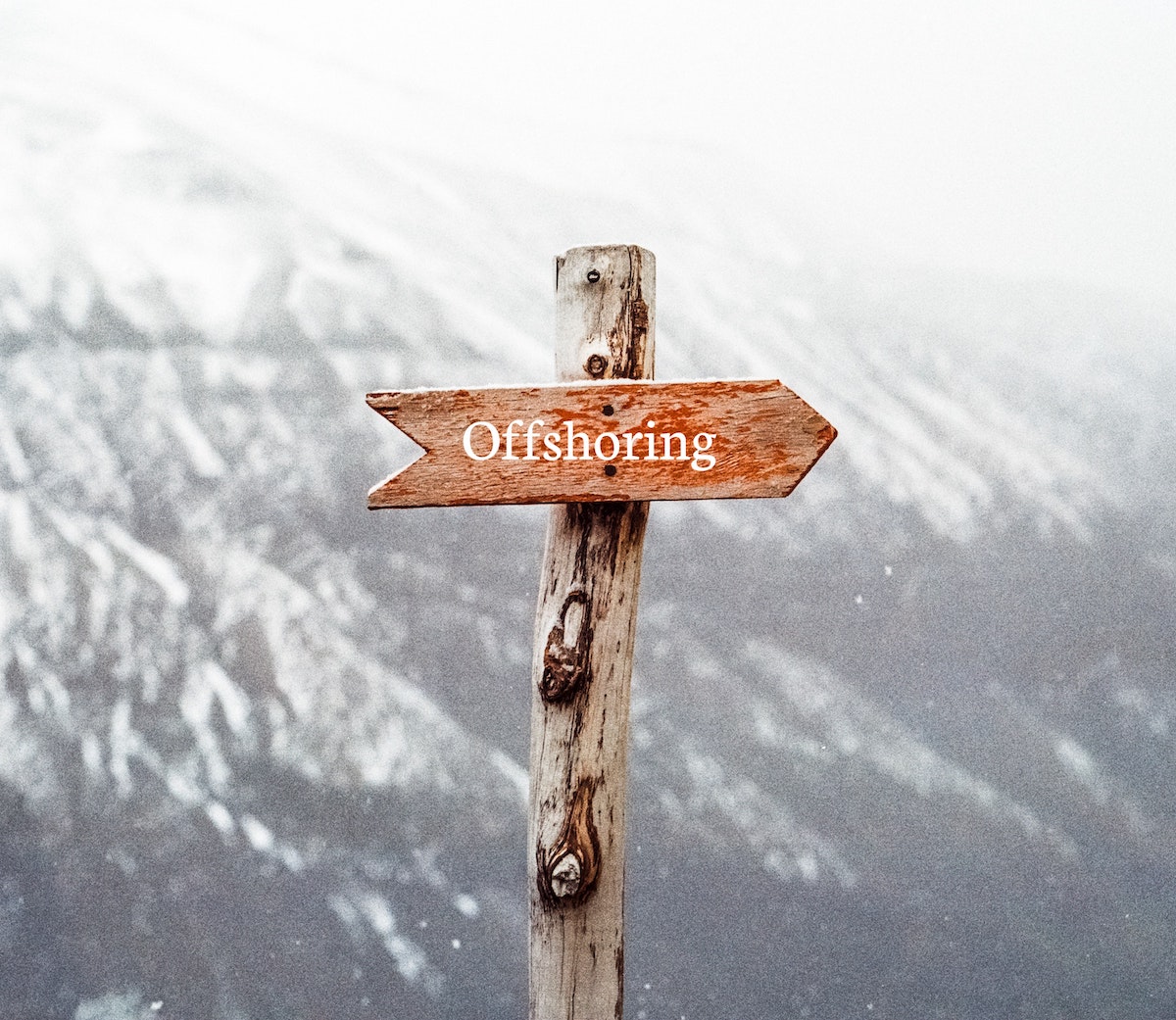 So you're looking into offshoring. We can reasonably deduce that, based on the fact that you've clicked this link, you likely need to know more — quite possibly about offshore software development. But the title here indicates that this is a Beginner's Guide, so that's exactly what this will be: The basic, must-know, kiddie-pool end of the giant offshoring swimming pool. Though, given the size and scope of the topic, it might better be referred to as a sea or ocean, especially since "shore" is in the word itself.

You've probably heard offshoring called by quite a few different names: outsourcing, offshore outsourcing, or offshore development if you're in the tech world. These names all essentially mean the same thing, though the term "offshore" makes it more specific.

Outsourcing is simply having an individual or team not directly in your company do work for you — for example, in the form of contractors. Offshoring is exactly that, but having the person or people in question be in another country.

The reason why offshoring is such a common topic these days is simple: By hiring workers in other countries, you can save money, most notably on labor costs. This is most often because labor costs in developing countries are notably lower than those in developed countries, as is the cost of living for many.

Before we dive into the world of offshore software development companies, let's take a brief look at the current context of offshoring in general, including current trends that have given the term political undertones it doesn't necessarily deserve. After that, we'll look at common concerns and provide some advice on how to avoid offshoring pitfalls.

Offshoring: A Bit of Context 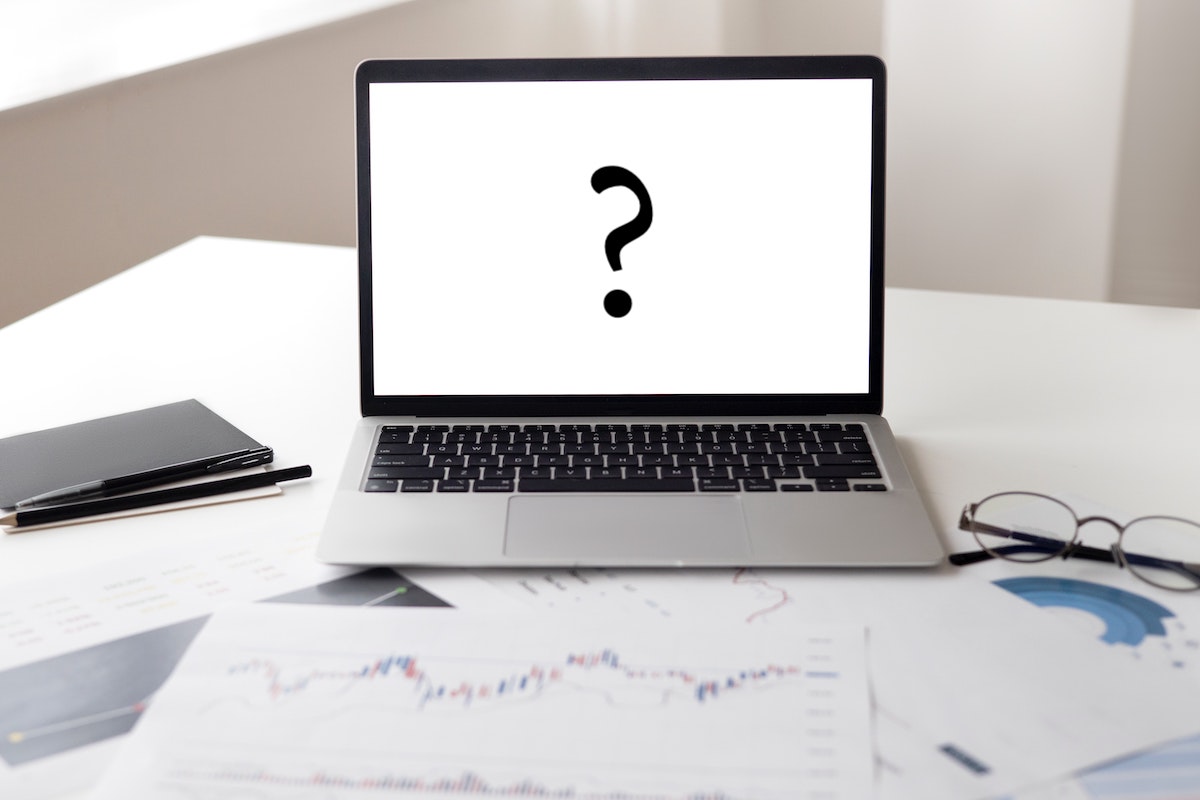 To be sure, having work done in one part of a country or a different country entirely has been part of human society since the dawn of civilization, and even before that. Hand axes — primitive stone tools used by our ancestors — have been found in huge quantities in certain areas of east Africa, indicating that their manufacture may have been centralized and mastered by a relative few in stone age 'factories' to be traded. Copper from Cyprus and tin from what's now Afghanistan met in Mesopotamia to fuel the bronze age forges of Babylon and Assyria, and help chisel the monuments of Egypt. The Roman empire later relied on Egypt for its massive harvests of grain to feed its burgeoning urban population. The more interconnected the world, the stronger the trend towards interdependence.

So, to have certain tasks and specific skills allocated to neighbouring countries or even other parts of the world is far from new. However, the outsourcing of manufacturing jobs to China over the last few decades, especially, has been a sore spot for many, and that is perhaps the most common context in which modern outsourcing is popularly understood. Lower manufacturing costs drew factories from across the world to China, hoovering up formerly well-paid jobs.

The call center worker in India or the Philippines is another classic example of modern outsourcing trends. In those cases, a combination of English language skills and much lower wages than English-speaking countries like the United Kingdom or the United States force the hands of businesses.

Essentially, offshoring is guaranteed to occur in a globalized free market system. It's simple logic to save money on labor where possible, providing competitive advantages over companies who don't follow suit.

One common gripe, however, is that this cost-saving often results in an inferior product. If you're a company looking to have a website or app developed, an inferior product simply won't do. It isn't worth the savings. So, due diligence and market research is necessary to determine which offshore developers are capable of producing an excellent product at a price much lower than what could be expected in a western country. We’ll touch on how to look for that in a moment.

Problems can often be avoided by knowing just what to expect. So, let's take a look at some of the common problems encountered in dealing with outsourcing.

Common Offshoring Issues and How to Avoid Them

The outsourcing process can certainly provide some hurdles to overcome, and these occur across a broad range of topics. They run the gamut, from dealing with individual-level issues like cultural differences to larger, more complex topics like government red tape — which mercifully doesn't really apply to offshore software development companies, so we don't need to cover it. Then there's the simple fact of time differences. We'll start small and move larger in the topics we cover. 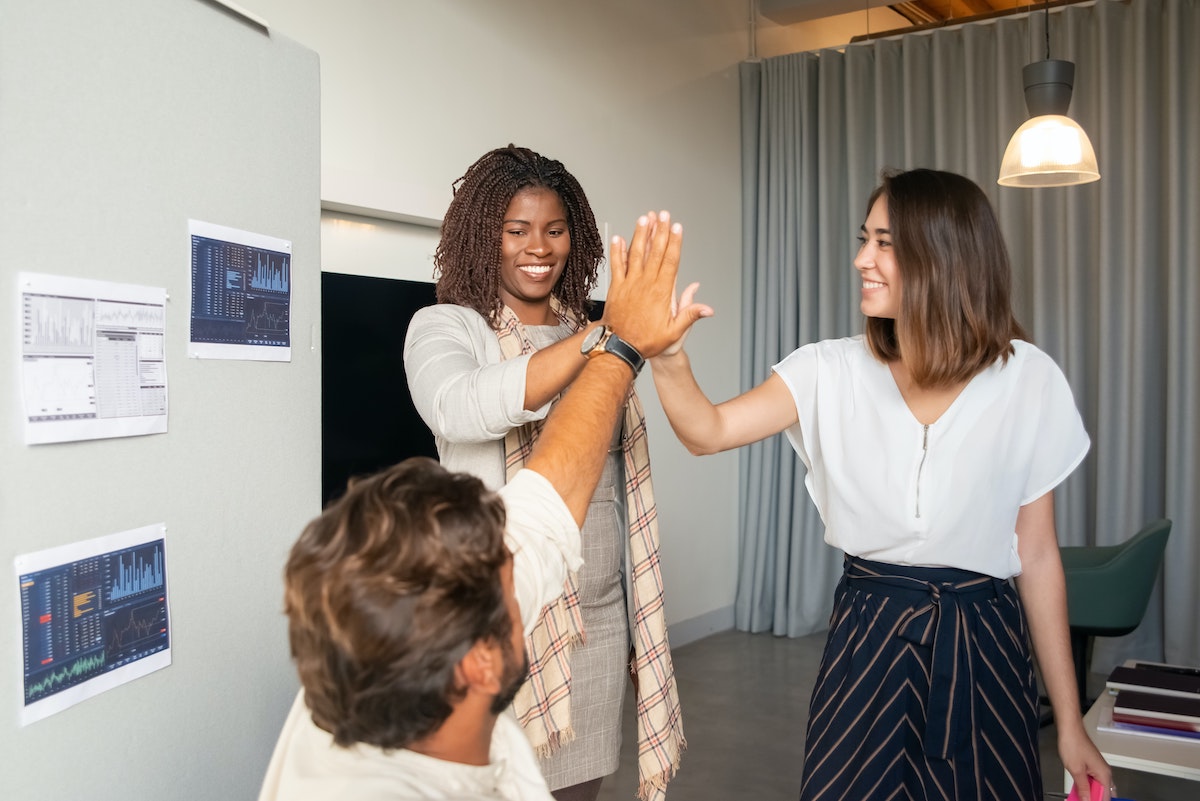 Even if it’s a virtual handshake, you’re still dealing with a person

Sure, ‘culture’ is no small concept — but companies are made of individuals, and those individuals make up a culture. When you're dealing with cultural differences in a foreign country, you're dealing with different expectations, communication styles, and beliefs — yes. However, learning what to expect and how to interact with people of different cultures can feel less overwhelming when you remember you're still dealing with an individual human being and not all the people in a nation.

We prefer to refrain from making blanket judgments about cultures and cultural differences for that reason. Focusing on individual relationships and fostering them is perhaps the easiest way to avoid any culture clash. When you know and appreciate someone on a personal level, the relationship usually trumps differences anyway.

Bear in mind that simply asking questions about different approaches to business and communication is rarely taboo and almost never offensive; In fact, establishing a shared understanding of expectations is often the polite thing to do. Directly stating how you normally function and what you expect can help the person on the other end understand you better as well. Rather than walk on eggshells, try to read someone's mind, or hope they can read yours, being forthcoming about your needs is a good start. Asking your offshore development team about their needs is thoughtful as well.

One thing that can certainly help an offshoring team is to have members of different cultures onboard to navigate any potential communication problems. Xenia Tech can attest to that, as our intrepid CEO is a well-traveled Englishman, and our bright and well-spoken Vietnamese team members are culturally adept. You can’t change time differences, but you can work with them.

One intractable issue with offshoring is handling time zone difference. Unfortunately for businesses, but fortunately for humans, the world is round and experiences day and night at different times. There's little that can be done about that, unless you're a megalomaniacal villain with a volcanic lair and a plan to stop the Earth from spinning.

What you can do when working across time zones, however, is account for the differences in your project management strategy. Anticipating the outsourcing company's working hours can help you know when to expect deliverables. A good way to do this is keep two clocks side by side to remind yourself of when your offshore team in a different time zone is working.

Fortunately in the tech world, outsourcing times like shipping rarely apply since services aren't "shipped." Tech companies get to avoid one of the biggest offshoring issues facing tangible-goods companies via the wonders of the modern internet.

We’re expert time jugglers so you don’t have to be.

We’ll take a brief opportunity here to tell you about how Xenia Tech handles time differences — and how pleased our customers have been.

In addition to a standard weekly update, your project will be assigned to a dedicated project manager. This project manager will be your point of contact, and will be responsible for keeping track of milestones. They’ll also be fully fluent in English, of course, so communication will be smooth.

Naturally, we also use project management software to keep up with tasks, sprints, and deliverables, and have those processes be as transparent as possible.

We’ve further got a strict quality assurance process all the way through: during development, and in both pre- and post-launch phases.

You can head over to Clutch to see reviews from former clients. When people we’ve worked with say things like, "Xenia's service level is the best in the business. Extremely responsive and an experienced and capable team," our hearts swell a bit.

Meeting people face to face is undeniably valuable, and helps build a general understanding of a person's character and values. When you're working with an offshore company, however, face to face meetings are more difficult simply because of the distances involved. And with a certain unnamed virus currently stymying international travel, flying overseas to meet your team is off the table — at least for now.

So, potential clients are left with alternative means to judge an offshore team to pass muster. If you're working with a tech firm, there are a few solid ways to help you make your judgments. For example:

How Much Will an Offshore Development Project Cost?

We like the idea of being honest and upfront about cost. Sticker shock is a nasty surprise, and people need to know what to expect when developing project budgets. So, we’ve put together this handy cost calculator that’ll help you get an estimate for your total cost. Feel free to play around with it as you wish, and consider how a Minimum Viable Product could be useful for you. The cost calculator is next to the star below.

Ready to Make the Leap?

If you're considering offshoring — especially for website and app development — there's really no better time to do it than now. The wild ride that was 2020 made the world more remote-work-friendly than ever before, which we find at least some silver lining in that noxious cloud.

If you or your team are looking to save significant money and get a website or app that makes you look great, look no further. That's just what we're for. We're also happy to collaborate with partners in the digital space who need some support on their web presence.

Offshoring can appear daunting at first, but it doesn't need to be — especially if you've got an experienced partner on the other end. Give us a shout or check out our cost calculator and we'll see how we can help. 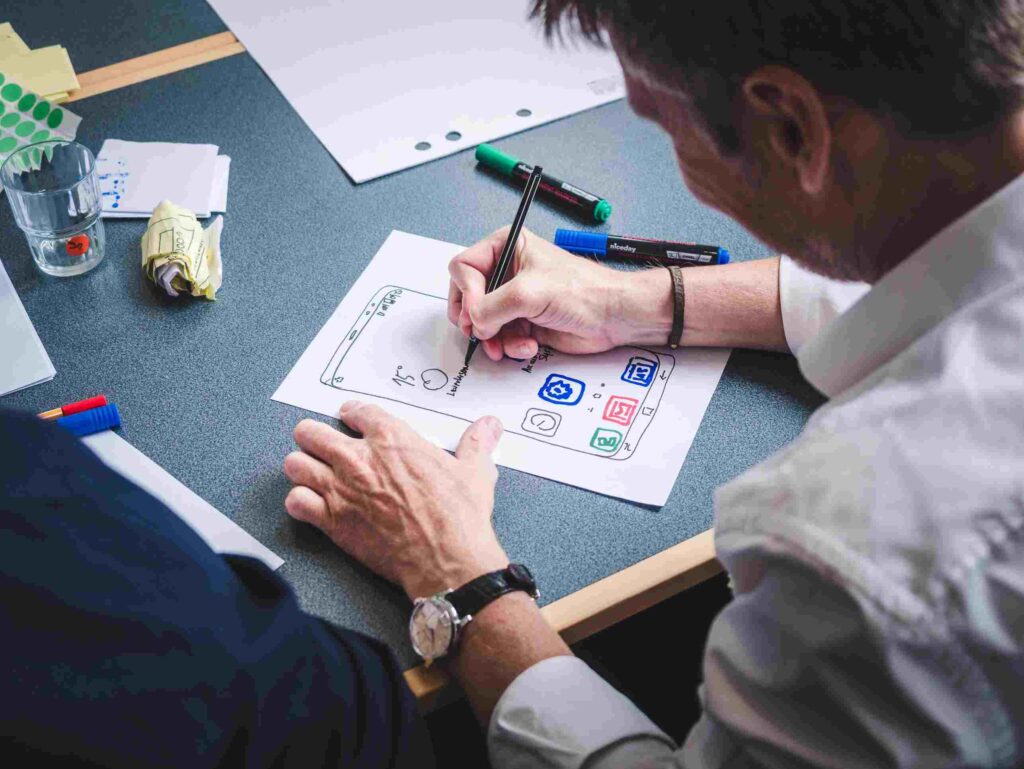 TipDisc Success Story
Bao: How did you come up with the idea? TipDisc: The pandemic reshaped...
Read more → 10 Useful Tips to Increase Website Application and Performance
A robust and well-functioning web presence is essential in today’s business climate. Whether you are selling...
Read more → How Artificial Intelligence and Machine Learning Can Be Used to Solve Various Problems
Artificial intelligence is a constantly trending topic in the business world, shaping the digital marketing industry....
Read more →